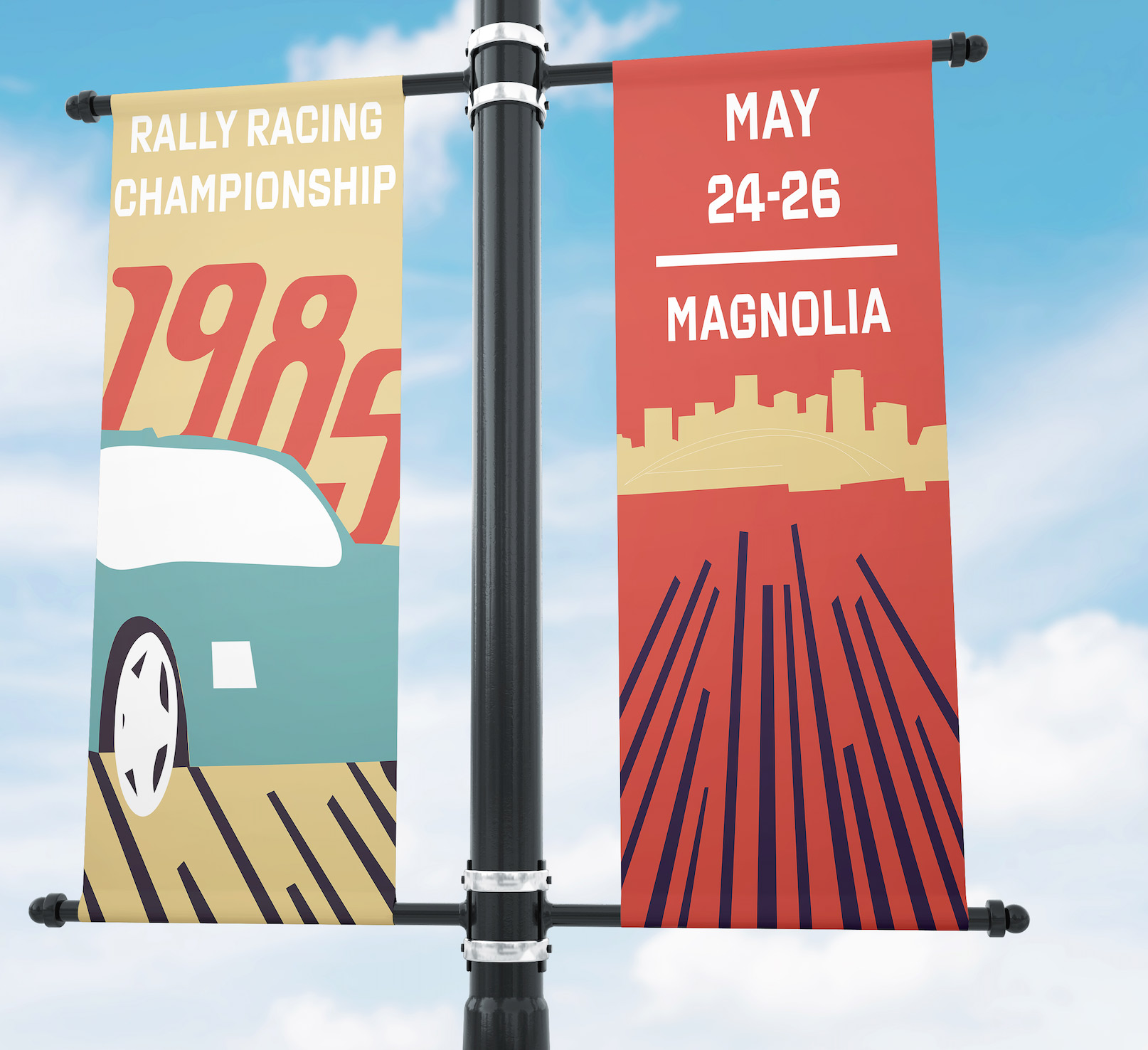 My project was for an African-American, trans male, who is 19 and lives in Magnolia, AR. They come from a wealthy family and their passions are anything to do with rally racing. For this reason, I created a 1985 Rally Racing Championship where the family is the main sponsor because of my personas love for the sport.

At the start of this project I just wanted to research what the American culture was in the year 1985. I talked about it to my parents who were alive at that time, to give me some personal insight on how that decade affected them. I then, went to the internet to find inspiration on what illustrative style would be the best fit for this year and found out that retro-comic style was very popular back then. As for the color palette I really wanted to find something that indicated speed. The next step was to find out what I wanted to do with this. I was bouncing around with the idea of just doing a banner that one hangs in front of the race, and a give away of a toy car and a box that surrounds it. Those two were my main concerns on how to execute it. I decided to do pole banners instead for a way-finding tool, and really elevate the sophistication of the toy car. With this being said, speed was always depicted through lines and patterns. The hard part was how much detail I wanted to put into every design. After playing with the flyer that i created, I decided to scrap the detailed car and just go for a more simpler approach. In the end, I am very proud of what the final result was.