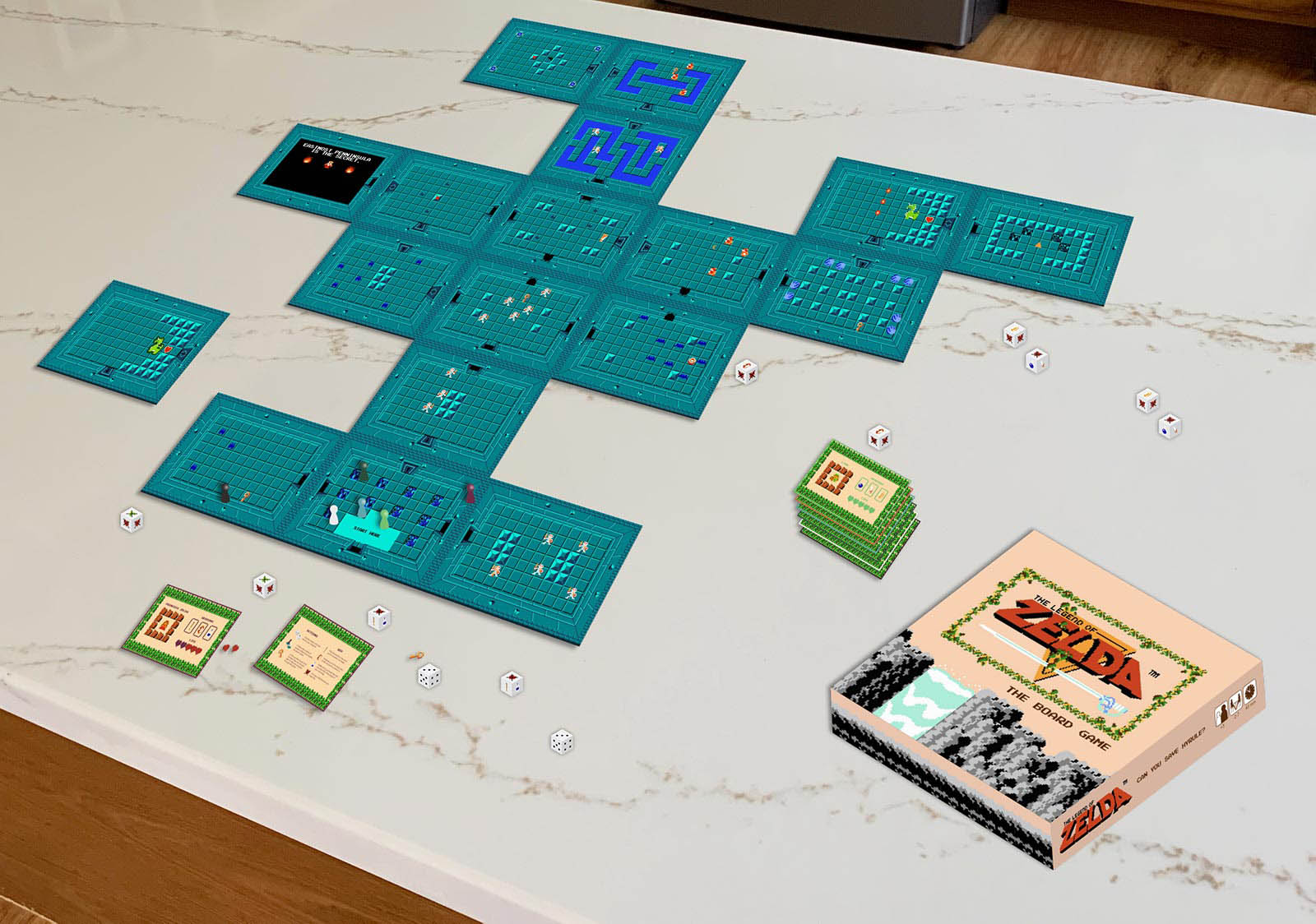 The goal of this project was to design a physical product that created an activity aimed to meet a specific persona’s needs. My persona for this project was a Black/African American male who was a 21 year old single father residing in Munising, MI during the year 1995. Key aspects of his personality were that he used slang terms, always ran late, drove fast, and was interested in vintage video games. Based on my persona, I decided to design a board game based on the vintage video game, The Legend of Zelda. Since he is a 21 year old single father, I thought that playing this board game could be a fun activity that he could play with both his friends and son.

In my board game, participants choose from seven different characters to play as from the original The Legend of Zelda video game and have to work together in order to beat the game. The strategies used to win the game are endless and so is the board every round because the rooms of the dungeon can be rearranged into a number of different ways to make the game more challenging or simple to fit a variety of age groups. Players advance through the game by fighting off a variety of enemies, solving the dungeon’s many puzzles, and making sure to restore their health along the way. Can they work together to save Hyrule from Ganon’s evil clutches?

I started the process of designing my board game by gathering images of board games that were based off of video games that had already been made.

After brainstorming different possibilities for my board game, I selected a vintage video game and thought about how I could turn it into a physical board game. The video game I chose was Frogger, but I soon learned that there were limitations that came with how simple the objective of the game was, so I decided to look into other ideas. I eventually settled on The Legend of Zelda because I felt it was more complex as a whole than Frogger, and because of this there were more possibilities for its design.

I then started to design the physical assets that would make up the board game. The biggest challenge I ran into when designing my project was figuring out what the specific game mechanics would be. I was able to resolve this issue through multiple rounds of critique.