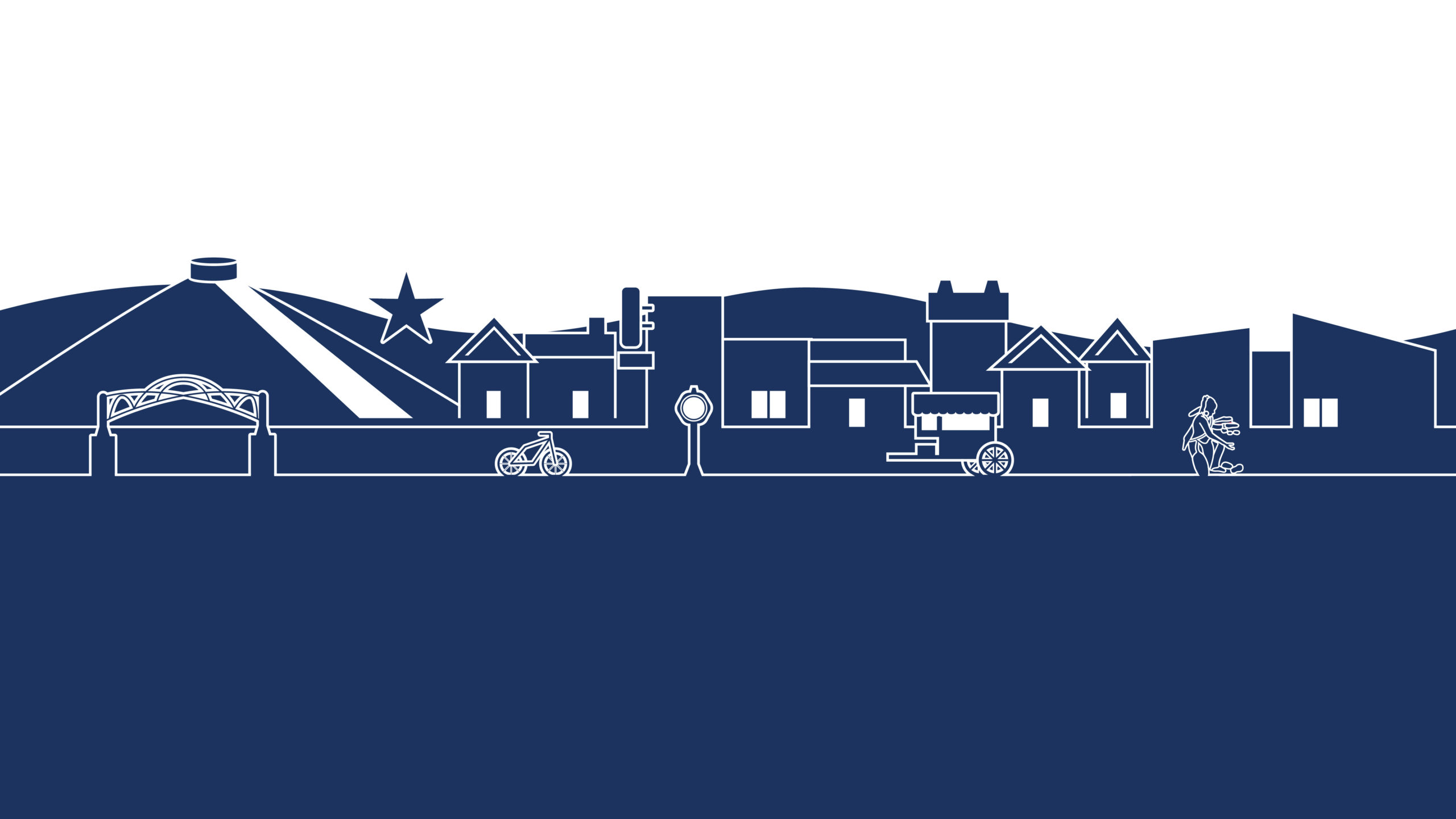 Every place has something special to offer. People connect with certain places; whether because they were born there or their lifestyle fits in there. The way a person relates to a city deepens their experience. Terrior is the tendency of wine to express its place through environmental factors. It perfectly sums up how people are influenced by where they live and travel. Small towns make up a majority of the country, but get little spotlight compared to the large cities in the U.S.

In what ways can Miamisburg residents feel more involved in their city?

By encouraging involvement in the city, residents will feel happy and more at home. People who feel connected to their city are more likely to shop locally and volunteer, and less likely to move away.

My target audience are residents of Miamisburg, Ohio. Miamisburg sits on the southern end of Montgomery County, about 20 minutes south of Dayton. There are nearly 20,000 residents in 12 square miles.

I conducted a survey (“Loving Our City: Miamisburg, OH”) directed towards Miamisburg residents to find out their view on the city. 280 residents shared their likes and dislikes, favorite places, and how they are involved in the city.

My survey results were overwhelmingly positive. Nearly all were happy with living in Miamisburg, with 87% indicating a 4 or 5 on a 5-point scale, with 5 being the happiest. Over 99% of survey takers indicated a 3, 4, or 5 – which is great news for the city. When given the opportunity to say anything about the city, the responses were 84% positive. I asked residents to list their involvement and favorite things about Miamisburg in free written responses. People spend their time engaged by shopping and eating local as well as school and sports. When asked to list what they loved about Miamisburg, the people and the atmosphere keep people coming back, especially to the downtown area.

On March 6, I visited a handful of local shops in downtown Miamisburg. I talked casually with business owners and learned the history of their business as well as things they liked and didn’t like about the city. That night, I attended the Miamisburg Merchants Association Fundraiser and talked to community members there. Overall, people like the direction the city is going.

I conducted two interviews. Katie Frank, Community Development Director, shared city-wide initiatives focused on building up the community and encouraging involvement. Additionally, I met with Doug Sorrell. Doug is a resident, activist, and former City Council member. He shared his entire career with me, starting with his run as Student Body President of Miamisburg High School in 1968.

Residents love Miamisburg. Realizing this, I decided to narrow my project to focus on new residents.

I conducted a second survey, called “Welcome Home.” I asked about people’s moving experiences and how they got acclimated to their new cities. Rather than limiting to Miamisburg residents, this survey reached people all around the U.S. and a few people abroad (Australia, New Zealand, and Ireland).

Three key takeaways were that people were looking for friends, local restaurants, and parks in their new cities. Many shared with me some of the things that cities did to help them acclimate, or things they wish they knew before moving in.

After compiling and analyzing the data from both surveys, I wanted to combine the things that Miamisburg residents are proud of with the new resident needs discovered in the second survey.

I visited Miamisburg throughout this project. While I am obviously very familiar with the city, the lens of this project helped me to see it in a new light. The aesthetics of current city branding inspired much of my designs. The main illustration is a nod to the city’s silhouetted skyline.

The search for appropriate imagery and text helped inform my design decisions. I kept researching as I was designing. The content of the Welcome Book remained flexible based on the content available as well as the intentions of the project.

A major goal from the beginning was to ensure that the solution was possible. I set up a meeting with the mayor of Miamisburg, Michelle Collins. Michelle is also a realtor in the area, and thus was able to give feedback both as a city official and as someone familiar with new residents. She made a few suggestions, but overall loved the concept. I hope to present the final solution to City Council at the end of May and work on potentially implementing the kit for new residents.

My solution is a Welcome Kit consisting of a Welcome Book and a Coupon Book. The Kit is curated uniquely for new Miamisburg residents to encourage them to love the city just as much as we do. The Welcome Book is a guide to the first year in the city, including a brief history, staple events, park locations, and favorite restaurants. There is a balance between reading information and interacting with the book. The Coupon Book encourages new residents to shop locally at the 24 featured restaurants and stores.

I want to extend a huge thank you to all of the wonderful Miamisburg residents who helped guide this project. What started as a school project, turned into a love letter to my hometown.

For any questions, please email cookaa2@miamioh.edu