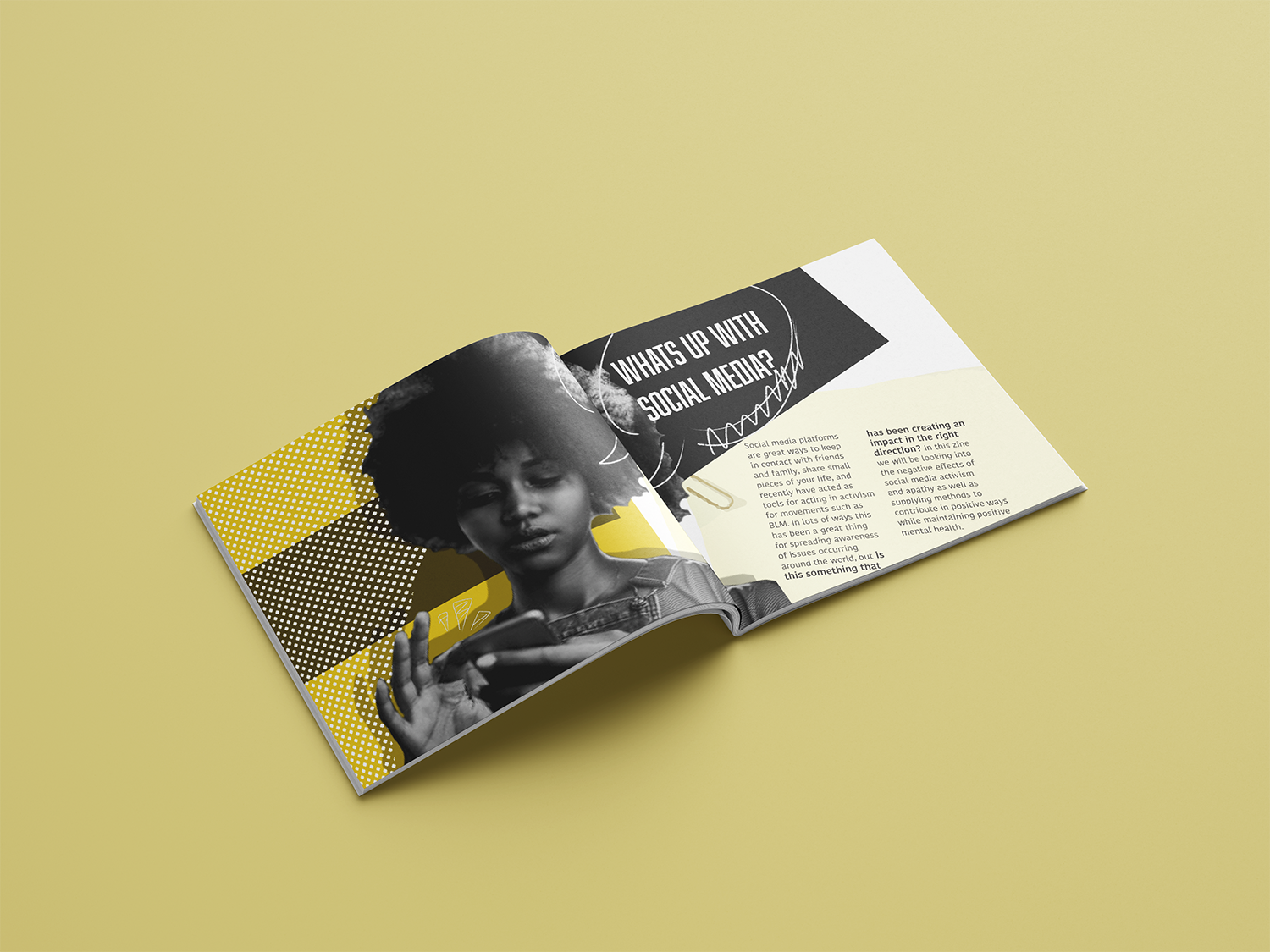 Generation z is one of the most active generations when it comes to social justice as well as being the most likely to participate through online measures, but is this really an effective way to show support to these movements? In this project I did a deep dive into the measures that gen Z makes regarding their activism surrounding BLM and ways that counter measures can be made to help prevent apathy and performative activism from transpiring.

“How can I create a resource for gen z individuals age 18-24 to help educate them on performative activism and ways to prevent apathy when engaging in BLM activism online?”

College age individuals (age 18-24) will have a better understanding of the issues with performative activism, what constitutes to it, as well as the many issues it can create and thusly harms movements like BLM. This will also give methods to help ward off and prevent the onset of apathy towards movements like BLM as well as warn of the greater chances of developing apathy from overuse of social media activism.

Given my ability to easily access individuals my own age with similar backgrounds, my target audience encompasses college age students who are active users of social media, primarily instagram. When conducting my research as well as using my own personal experiences to reflect on, I feel as though most activism that I do see being published online does take place on the instagram app.

I engaged in two primary forms of research when gathering information for my final outcome. I first started with an interview style that was meant to provoke an understanding of other students’ ways of engaging with activism, overall thoughts and feelings regarding the BLM movement, and ways that the corona virus pandemic has affected their ability to engage in activism and whether they currently prefer online activism as compared to in person. I also implemented a second interview style with more concrete questions and structure that went deeper into opinions on activism as a whole, thoughts and feelings regarding actions typically seen as performative online, and opinions on measures currently in place that help encourage people to be more active in ways such as contacting their elected officials.

With my cultural probes interview style I exposed my participants to BLM “artifacts” in hope to collect insights into the environment, lives, and interactions of BLM activists and find more information about the ideas and thoughts behind the acting cause. Because this form of research acted in such an open-ended way, it allowed for new, out of the box insights to be found from the participants and encouraged more creative thinking on my end when formulating possible solutions. For this method I used pictures associated with BLM and recorded the active conversations for later analysis and applied it to my final deliverable. When choosing participants I set loose parameters, choosing people who generally support BLM rather than just people who have expressed participation in activism since I want to get more insights on what may be preventing people from participating even if they are in support of the movement

With my more static interview method I came prepared with predetermined questions to collect inside viewpoints from students who have engaged with BLM activism in some form and receive their insights on effective forms of activism and engagement with the movement. When choosing to incorporate this method into my research process I considered the fact that interviews can be used either in a very structured way or not which helps allow this method to blend well with the other research method I had chosen, and just like the cultural probes method, I aimed for the information collected to allow for a more in depth understanding of the subject matter when going into the design process.

When choosing my final design solution I decided that a zine format would be a great direction to take. Zines are small and easy to distribute, making it easy to spread around campus, and also allow for a lot of creative freedom which could help them stand out and be appealing enough to pick up, and with a zine format I would be able to continue to make future issues regarding BLM as a whole.

When my zine was completed and ready for testing I printed several copies and distributed to King library, Armstrong Student Center, Shriver Building, and the Art Building based on areas I feel get a lot of foot traffic and would also be the most likely to yield responses. Attached to each distributed zine I included a QR code which redirected the user to an anonymous google form which in turn would survey them with overall feelings and reactions to the zine if they so chose to respond. The goal was to allow the reader a chance to read and digest the information presented to them before providing feedback/thoughts on what they may have learned.

Unfortunately due to constraints in time and cost to print my zines, this method of testing yielded no results since it was unable to reach a large enough testing pool of people to provide feedback. As a result I took my last copies of my zine and asked for in person feedback from activists and BLM supporters on its overall effectiveness as a call to action. Through in person interviews my zine was generally found to be effective in its message as it invoked deep conversation over the effectiveness of different methods of activism as well as encouraged those who support BLM but have only participated in activism through online measures to do so in ways that provide more positive long term effects.